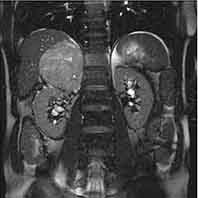 Group runs studies of genetics, diagnosis and treatment of endocrine tumours, in order to identify genes involved in tumour development and progression, and to ultimately provide possibilities for new treatment. In clinical studies genetic changes are related to the disease course of individual tumours, with the overall aim to improve diagnosis and treatment in patients with endocrine tumour disease.

Genetics and treatment of endocrine tumors

Endocrine tumours are of special interest in tumour biology because of a common extended disease course, and often presence of only few specific genetic changes, which can be related to variable tumour biology. For many endocrine tumours histopathology can often not distinguish tumours with more malignant biological features, and there is a general hope that genetic differences will provide better means of discrimination. Genetic studies are expected to become of great importance for the clinical management by predicting prognosis, and genetic defects may be used as targets for new treatment. The overall aim of the studies is to identify tumour genes and other prognostic markers of importance for the development and progression of endocrine tumours, reveal gene changes with new technology, and investigate new possibilities of treatment against tumour progression.

As an overall resource we have access to >3000 specimens and blood samples from patients operated for endocrine tumours during >20 years. The samples, stored at Uppsala Biobank, have being used in many previous studies and is a valuable and important source in our studies.

Studies of pheochromocytoma and paraganglioma have used the latest DNA sequencing techniques in order to characterize polymorphisms, mutations, deletions and insertions in DNA, from both benign and malignant tumours. Epigenetic derangements have been studied, and the research is performed in close collaboration with the group of Experimental Surgery.

In a study performed in collaborations with Yale University, and which was published in Science, the breakthrough of genetic knowledge of adrenal tumours was initiated. A mutation in KCNJ5, an ion channel, was noted in approximately 45% of tumours. Further, we have revealed mutations in CACNA1D in a subset of these tumours as well, and in the cortisol-producing tumours in PRKACA. We are currently looking at differencies between benign and malignant adrenal tumours, also on the epigenetic level.

Our parathyroid studies are currently focused on identifying differences between parathyroid adenoma and carcinoma. We have noted that derangements in the structure or function of beta cathenin, HIC1, APC, EZH2 may be important, as well as differences in methylation or hydromethylation in the parathyroid tissue.

SI-NETs have been studied with several different methods in order to identify molecular derangements to understand the underlying mechanisms for tumour development. Initially, we identified the presence of a suspect tumour suppressor gene for SI-NETs on chromosome 18q. Further studies have utilized expression microarrays, sequencing and methylation arrays to reveal characteristics for more or less aggressive tumours. We have identified bad prognostic signs in presence of peritoneal carcinosis and are currently investigating the Clinical studies have established a cohort of >600 individuals with SI-NET, in which we have characterized novel prognostic factors, especially peritoneal carcinomatosis. This is further analyzed by performing SNP and expression arrays and CNV analyses for determining the genetic signature. A nested case-control study of 900 individuals has passed the data collecting phase and is now in the analysis phase.

Clinical studies of primary hyperparathyroidism (HPT) focus on relations between calcium and/or parathyroid hormone (PTH) and aldosterone, and increased mortality in cardiovascular disease, utilizing epidemiological methods but also the PIVUS cohort, a well characterized cohort which has been followed for 10 years and thoroughly scrutinized regarding vascular changes, atherosclerosis and cardiovascular morbidity. The calcium metabolic situation in obese individuals as well as after gastric by-pass is also studied using Cica-clamp and intervention with vitamin D treatment among several methods.

Members of the group

Publications
The last years publikations are depicted in the Institutions Research Report Annual report. Earlier and later articles can be searched in the database for publikations DiVA (Digitala Vetenskapliga Arkivet – Digital scientific archive).

Collaboration is continuously running with other groups within Academic Hospital: Uppsala Centre of Excellence for Endocrine Tumors.

​Collaboration is also ongoing in Sweden with Sahlgrenska and internationally with Groeningen, Harvard in Boston, Melbourne, Oxford and Sydney.